Something we’ve heard a fair bit since we started this adventure is, “There’s no point in travelling when your kids are this young.  It’s too much work, and they won’t remember it anyway.”  It’s come in slightly different forms, from friends, from family, from strangers.  Most recently, we got this advice from an older American man we met as he waited for his wife outside of the Starbucks in Versailles.

I don’t entirely understand why people say that to us.  I understood it a little when it was said BEFORE we packed up our family and moved to Austria, but when you’re standing with two kids in a stroller and an Ergo in front of a Starbucks in France, the ship has kind of sailed on that opinion being useful advice.

It may even be true that they won’t remember much of our travels, but it completely misses the point.  Saying, “Don’t travel, the kids won’t remember it yet” is like saying, “We don’t have our camera with us, we might as well sit at home and stare at the walls”.  Is the point of traveling . . . of doing anything, really . . . just to have a perfectly formed, indelible memory of the event?  Sure, memories are nice, like perfect pictures in front of the Eiffel Tower are nice, but you don’t GO to France to take the picture.  (At least, I hope not.)

The point is to have the experience.  Not solely because of the memories it creates, but because of what it does to us.  The idea is not to passively observe these things we see when we’re travelling, but to experience them and allow them to change us.  We see, we learn, we try, and then we fail or succeed.  It expands our perspective and alters our perception.  We travel because it teaches us about the way things are done elsewhere.  We learn how things we’ve taken for granted aren’t assumed other places.  We learn about things that are tolerated, embraced, accepted or unheard of in a way that is completely different from the way that we think.  We learn that we’re capable of more than we thought.  We learn how to face adversity with flexibility and joy.  We learn all of these things, too, about our travel companions (in my case, I learn about my family, which is a pretty big deal).  Most importantly, we spend the time together.

Whether or not my kids take a single concrete memory from our time in Europe is irrelevant.  The knowledge of where they’ve been and what they’ve done will change their perception of who they are and how they fit into the world.  It will frame their ideas of what they are capable of.  It will inform their notions of what family life is like.  Benjamin is more confident than he would have been without our adventures.  He travels happily at 3 years old — climbing into his window seat on the plane and buckling his seatbelt.  He knows to watch for the seatbelt fastened sign to be turned off because he knows I’ll let him get up on his knees and look out the window.  He reads the signs to navigate in some of Vienna’s busiest train stations — a skill that translated to Paris.  He knows he is capable of doing things I was nervous about doing when I was an adult.  Liam will never know a time where he hasn’t been a citizen of the world.  He’s eaten in very fancy French restaurants (in France) and took his first steps on a different continent than where he was born.  I believe that my boys will fear less, try more and take fewer things for granted.  They will carry these ideas with them FOREVER, even if they have no recollection of visiting the Arc de Triomphe or sledding in Innsbruck.

And, it has changed me.  I know now that I can do more than I thought I could, and I can handle it more gracefully.  I’ve learned to let go of a lot, and I have clarified my priorities.  I take myself less seriously, and I hope I approach life a little more kindly.  I’m more pleasant to be around (most of the time) and our home is more peaceful.  I am happier, more relaxed and more flexible.

So, is whether or not the kids remember the fountains of Versailles really relevant?  It’s not where you go — how you get there’s the worthier part.  And, of course, who you are when you arrive. 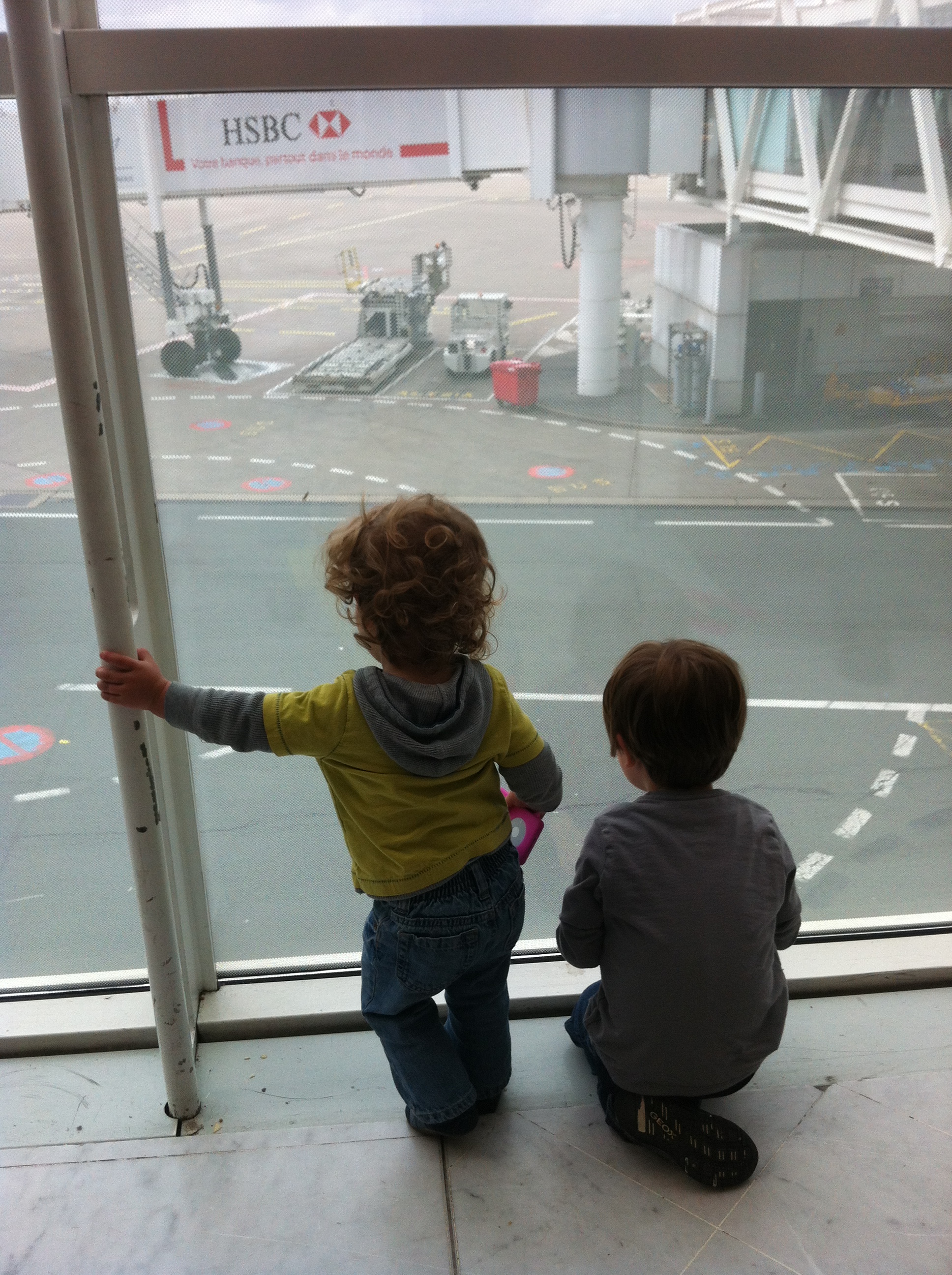 5 thoughts on “They won’t remember it anyway”