Today was Pam & Joshua’s fifth day in Vienna.  Their trip has, unfortunately, been interrupted frequently by various members of our family getting ill.  Even though Liam is still sick (our pediatrician made a house call today to see him) and Dan & I are still not yet quite well (but we didn’t require house calls today), I decided to help poor Pam and Joshua beat cabin fever today, so Benjamin and I took them out.

It hadn’t ever occurred to me before (I don’t know why) but if you’re 3 or 4 years old, you don’t need much for entertainment other than a ride on a train.  The other day, after a brief ride on the strassenbahn to go run some errands, Pam suggested a trip on the train to entertain the kids (while not over-tiring the adults).  It’s a good way to see the city without too much running around, and the trip itself is relatively inexpensive, fairly time consuming and novel for the little ones.  Besides, they’re pretty well confined for the duration.  How perfect! 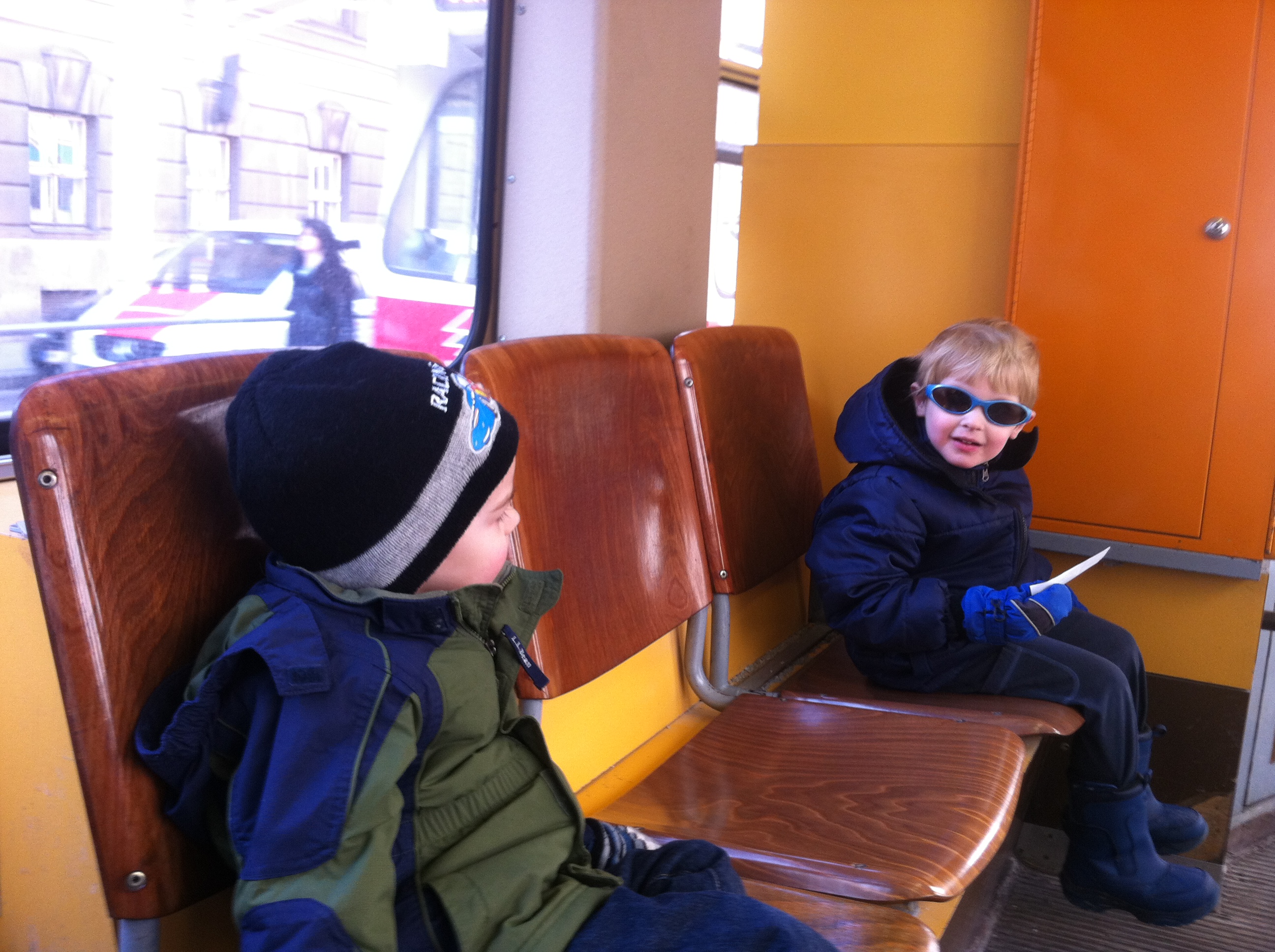 So today, we walked to the closest train station and hopped aboard a strassenbahn.  We rode all the way from one end of the line to the other.  The boys looked out the windows and switched seats at train stops.  I don’t know that they were particularly enthralled with the architecture or the scenery, but they liked the train — they loved how it stopped to let people (“kids”, according to Joshua, regardless of their age or size) on and off at stops, and how it also had to stop at traffic lights (even though it isn’t a car).  At the end of the line we got out and walked around for about an hour — we found a park for the boys to run around and play “hide and seek” in, and stopped to get some lunch (which was its own adventure — asking a 3 and 4 year old to select a treat from a bakery counter is evidently not the best recipe for a hassle-free meal).

At the end, we piled back into the strassenbahn and headed home with two tired kiddos.  I don’t feel like I’ve done much of a job thus far of showing my guests the sights of Vienna, but I do think Joshua liked his train ride . . . even though, as Benjamin pointed out, we actually rode the “tram”, not the “train”.  Close enough.