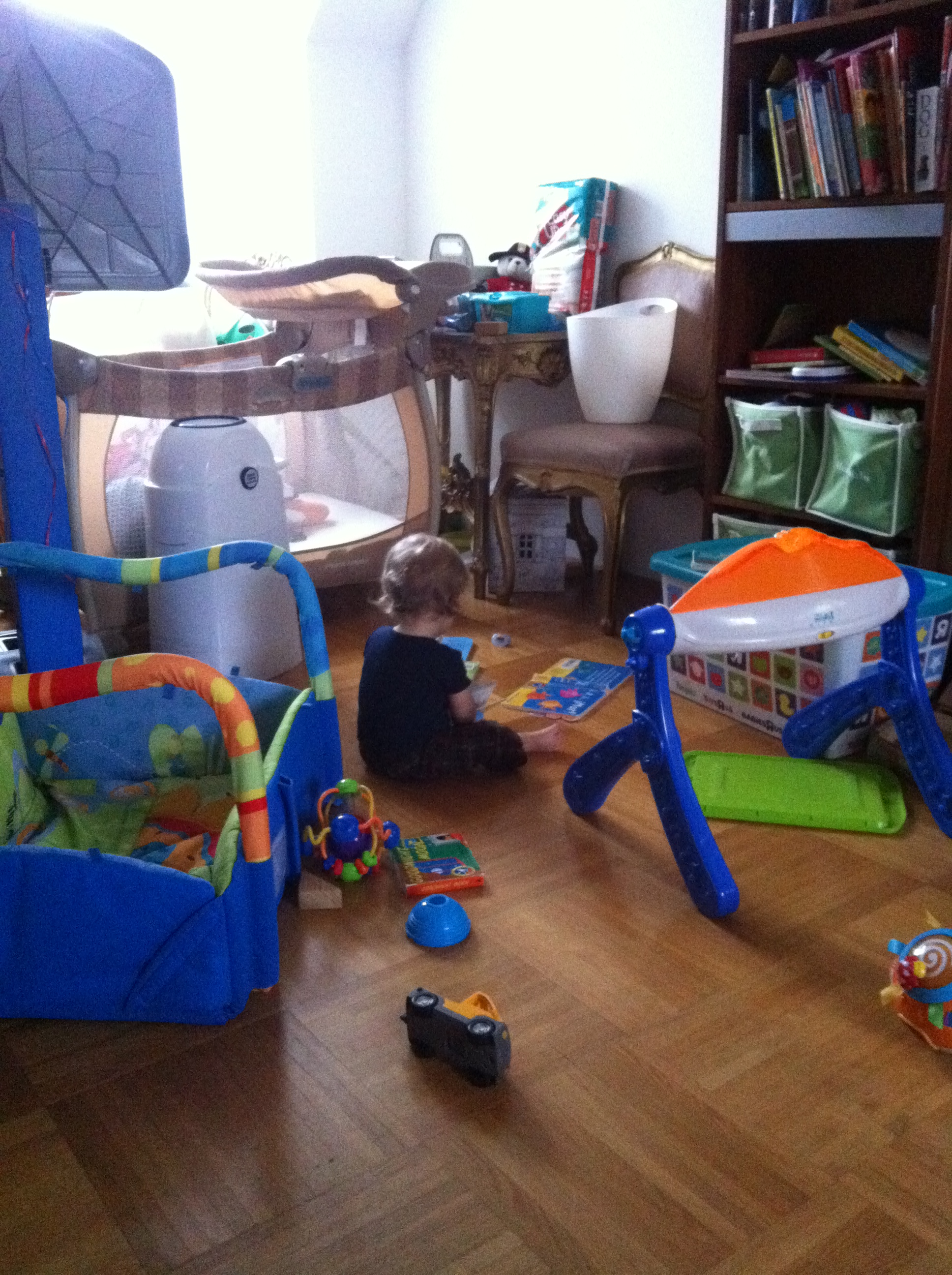 I thought sick kids were supposed to be sleepy?  Not mine, at least not today.  Both of my boys are a little under the weather — Liam much more so than Benjamin (who has the sniffles but still went to school today).  After a morning of wrestling with a fussy, snotty Liam and an afternoon that started similarly but with the addition of a slightly-more-whiny-than-usual Benjamin, I was really, really ready for nap time.

But, no luck.  B went into his room without complaint, but asked me if it was time to get up every 10 minutes.  Liam didn’t even pretend — he didn’t close his eyes, nor did he cease in flailing and crying.  After about an hour, I gave up and let them get up.  We Skyped with Grandma, and then (per Benjamin’s request) we watched the first part of Cars.

Other than ending the day completely worn out, we all really had a pretty good day.  We watched a movie, we cuddled, we played trucks.  Which is all pretty impressive.  When I think back to the limits I’ve been stretched to, mentally and emotionally, since we’ve been here, I realize it’s a big accomplishment to have a day like this, where the boys are sick, no one naps, and I don’t freak out — not even a little.

I’m hoping tomorrow goes a little more smoothly, that the kids are feeling better (or, if they’re not, that they sleep, at least) but today I’m appreciating being able to handle it, however it goes.