It’s Vienna, it’s nearly winter.  It’s cold — that isn’t exactly shocking.  The temperature does different things here than I’m used to, though — for example, the high temperature for the day here is usually very late in the day (often just after sunset) and then the temperature plummets, often dropping several degrees an hour.  It’s not unusual to go out, in the late afternoon or early evening to nearly 50 degrees, only to come back, just a few hours later, absolutely frozen.  It’s also very common for the temperature to very widely in different parts of the city — I can leave the house very comfortable and step out into frigid conditions when I get off the train to pick Benjamin up at school.  And none of this is made easier by the fact that the weather forecast often lists a temperature as much as 15 degrees off from what we really experience. 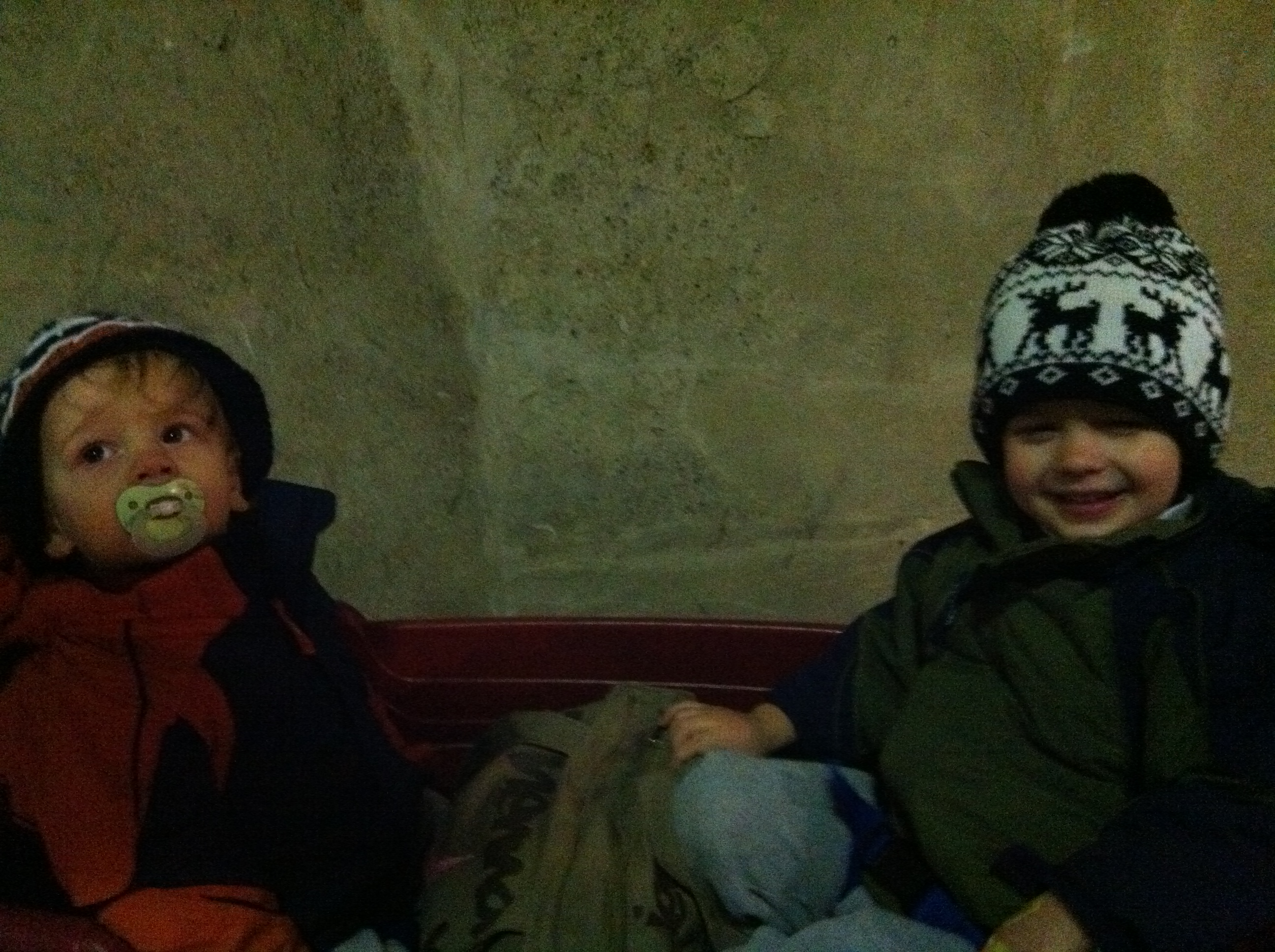 We’re getting used to it, though.  If we go out, pretty much anywhere, I carry with me a bag of extra cold weather accessories:  hats and mittens, scarves and gloves, plus a warm blanket for the stroller.  The boys have warm winter coats, and Liam also has a 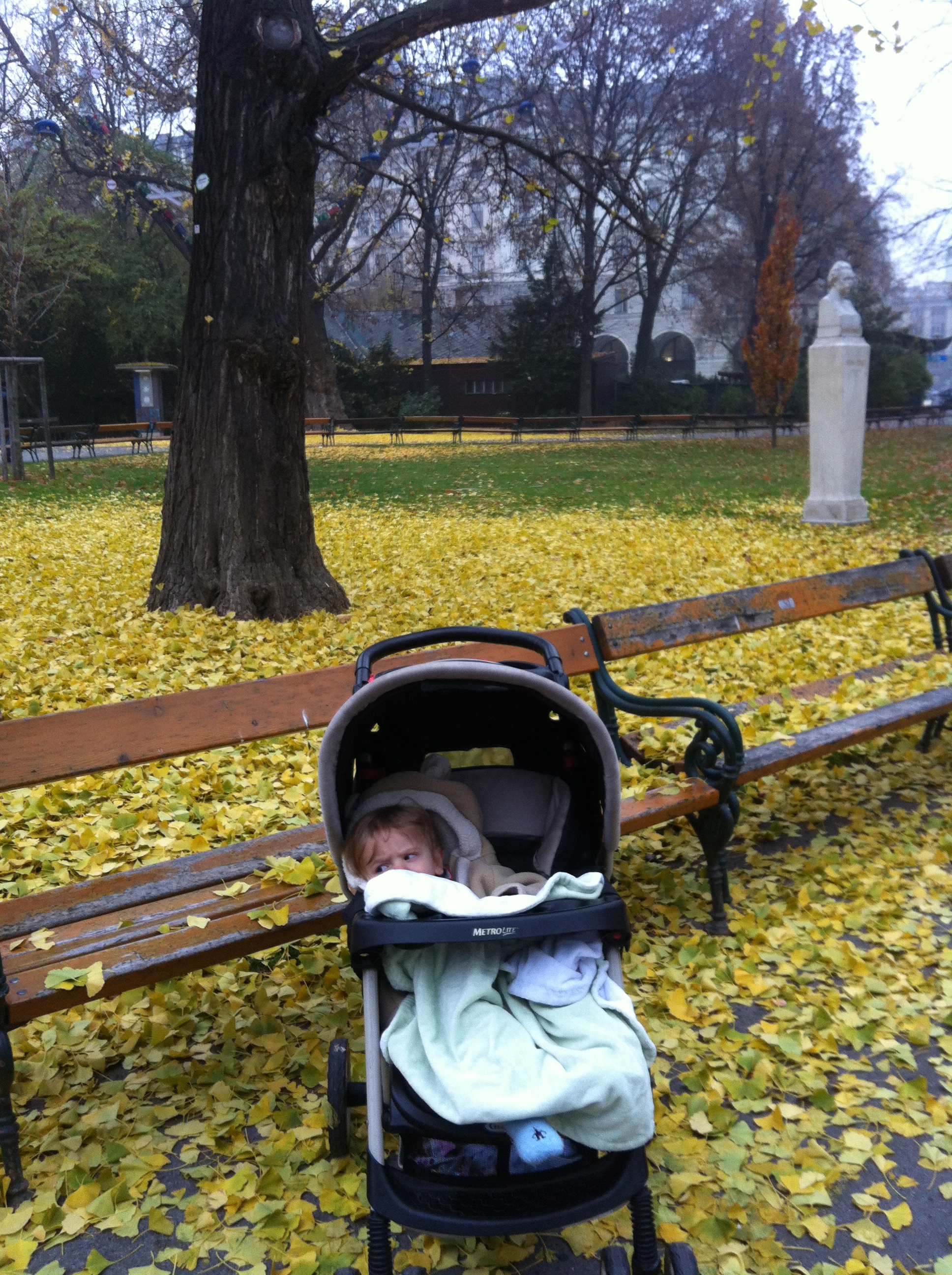 few buntings to choose from (or rather, for me to choose from — I don’t trust his judgement yet, he still likes to eat chalk).  I also recently did some shopping for myself — I bought some new gloves and a cape/cloak/poncho (I have no idea what it really is, and makes me sound like I’m trying to be a superhero/a wizard/a Mexican depending on what I call it).  Even when it feels REALLY cold outside (below freezing, with a breeze), when I put on my new, woolly things, the cold doesn’t get to me too much.

We’re starting to get used to the cold here.  I know it’s only going to get colder — winter is just around the corner.  I hope we can stay well equipped as the temperatures drop — it’s nice to stay warm and cozy.