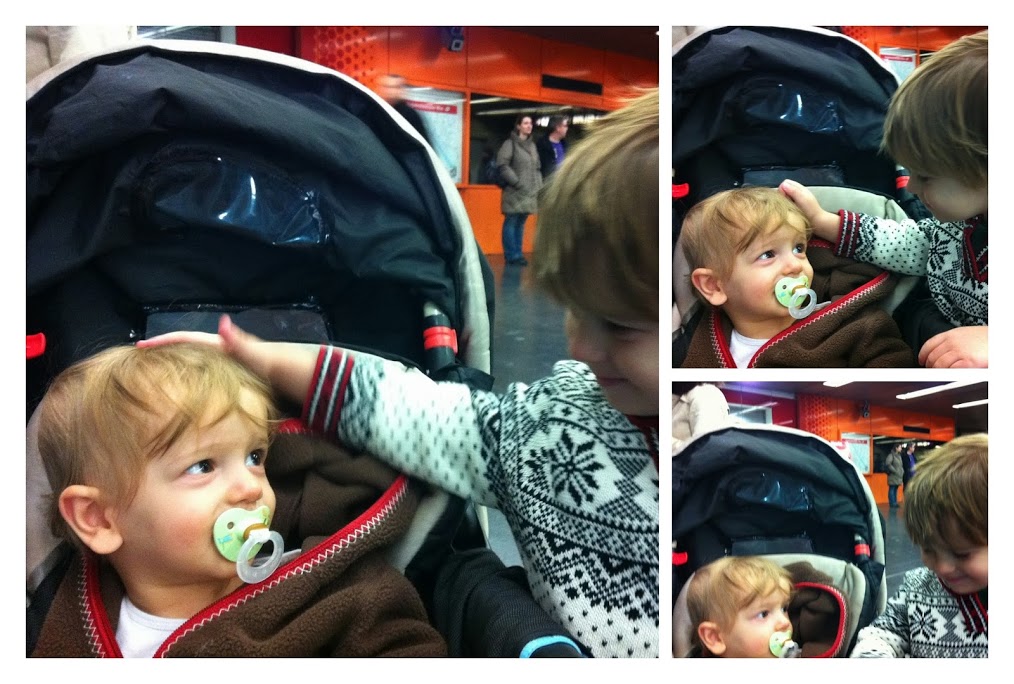 It’s cold in Vienna, already.  We’ve already hit the freezing mark (not officially yet — officially we’ve gotten down to 1, apparently, but there was ice on the sidewalk when we left for the zoo yesterday morning) and the warmest it’s gotten in the past several days is about 12 degrees (low 50s).  This week is forecast to be more of the same, with lots of nights nearly hitting the freezing mark and several days of high temperatures in the single digits.

I absolutely love the onset of colder weather.  I’d much prefer to have a slightly chilly October, rather than a warm one — I much rather be bundled up in scarves, hats and sweaters than to be wearing shorts while pumpkin picking.  This is my kind of October.

I do have to admit, though, that as much as I like the chill in the air, the smell of woodsmoke and the sparkle of frost, it puts me more in mind of November or December than October.  (I’ve already caught myself singing Christmas Carols with the kids a few times!)  And, despite my careful research into relative temperatures, I’m a bit worried about what December, January and February have in store for us.

So far, though, our apartment is warm, I can find coffee and hot chestnuts on the street corners, and (most of) our sweaters and cold-weather clothing safely arrived from home.  If I could just find someplace that sells hot cider, I’d be all set.