As we explore Vienna, I often talk about “discovering” something — a restaurant, a shop, a favorite spot, or a new way to do something.  Yet, my “discoveries” are a little like Columbus discovering America . . . there were aleady people LIVING in America when he “found” it.  (Although, I think I’m going to start declaring locations around Europe, as I visit them, in the name of the Calle clan.)

My “discoveries” are the same — there are already plenty of people who take for granted the knowledge of all the things I’ve been learning and finding out.  For all that this is novel and challenging for me, this “experience” I’m having is just life for people who live in Vienna.  Of course, I’m aware of this (I don’t think everyone here is on an extended semi-vacation) but it’s easy to get wrapped up in my own perspective.

I’ve only been here six months, so I’m still learning new things all the time.  I’m still finding cool new places, and I still get impressed with myself for navigating the U-bahn without a map or actually communicating successfully with a stranger.  I’ve been having a difficult time, lately, at one particular bakery.  It’s near Benjamin’s school, so it’s a convenient place to stop.  It’s not in the central, touristy part of Vienna (where we live) so they speak faster, less clearly and are more likely to give up on me than to try more than twice to say something.  I refuse to give up (the location, and the baked goods, are just too good) so I’ve been going in, almost daily, for weeks.  Today, for the first time, I had a completely German transaction with the most persnickety employee there.  After I had completed my transaction, I was so proud of myself.  I smiled at the cashier, but she was already on to help the next person.

From my perspective, it was a successful transaction, with someone who wasn’t helping me out a whole lot, in German.  (Woo hoo!)  For her, it was a 25 second conversation.  (Not a big deal.)

My successes and discoveries here are my own.  There were already people living here. 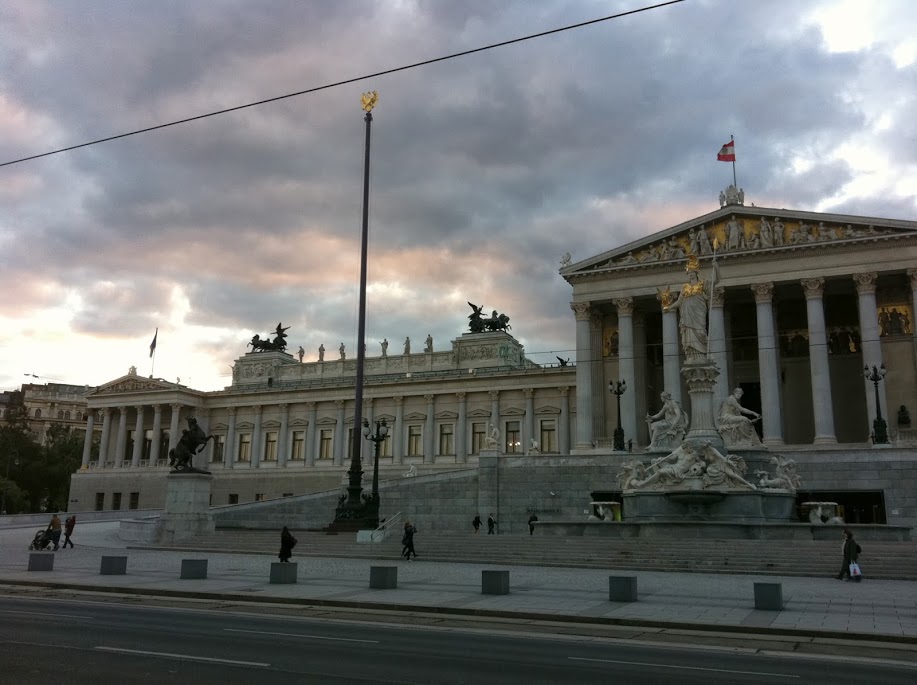