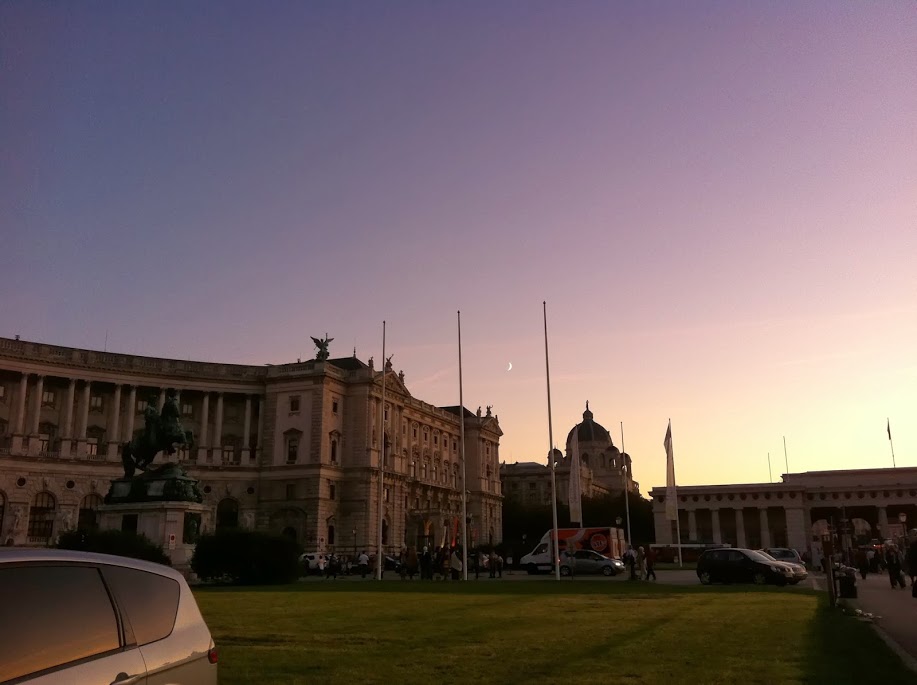 So, who walked around for 5 hours today, went to 6 different museums, saw Monets, Picassos, Opera costumes, live butterflies, the Austrian State Archives and is now really tired?  Me!

Today is the “Night of the Museums” in Austria – for a flat 13 Euro price, you get admission to over 100 museums in Vienna, all of which are open until 1 a.m.  (They even have a series of buses to drive you around from museum to museum, also included in the price.)  I just found out about it this week, and just yesterday was thinking, “Wow, that would have been cool”, but I couldn’t imagine dragging Liam and Benjamin through museum exhibits that didn’t even open until 6 p.m., and didn’t have the energy to try to make heroic childcare plans.  Then, today, my friend Krishana asked if I wanted to join her and some friends, and so I went! 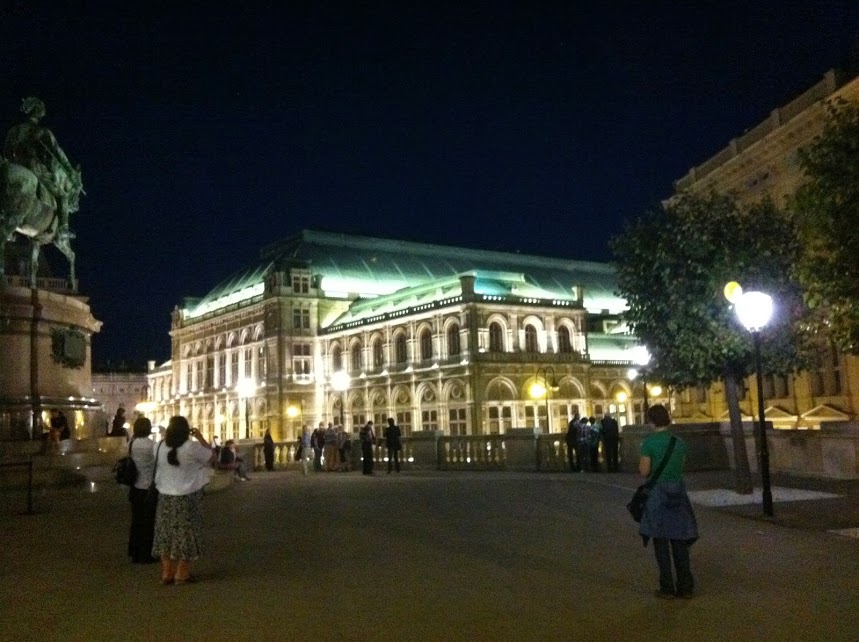 (Dan, ever the good sport, stayed home with the boys and did dinner, bath time, story time and bed time entirely on his own.  I am so grateful to have had a little “grown up” time out on my own.) 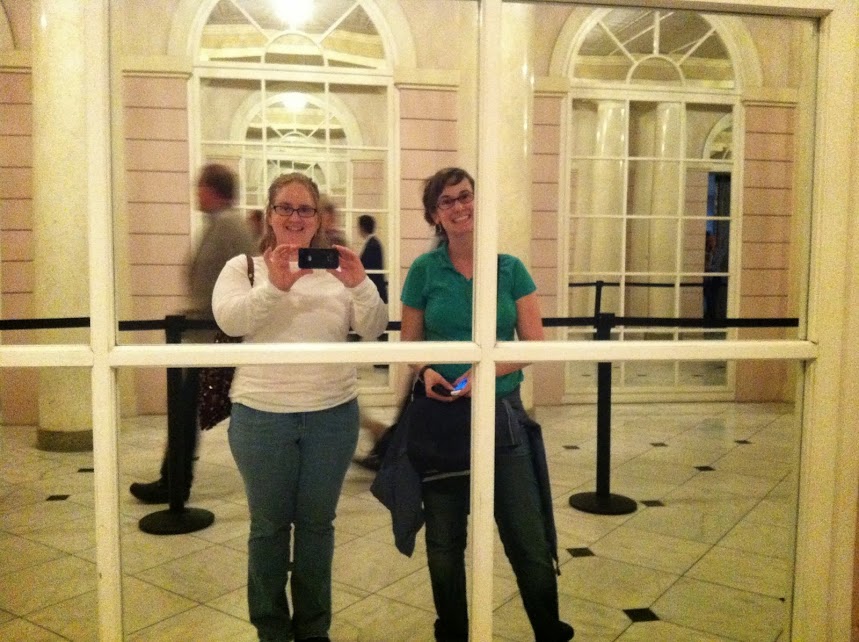 We went to the State Hall of the Austrian Library, which is beautiful and impressive.  We went to the Butterfly House, which was hot and hosted many people and not many butterflies (I don’t know if they were put off by the tremendous influx of visitors wielding flash cameras, or just the late hour, but we only saw about 6 butterflies, and none of them were moving).  We went to the Albertina and saw an exhibit of “classical modernism” — a huge exhibit of everything from Monet to Picasso (and in between) donated almost entirely out of a single private collection.  We went to the State Opera Museum and looked at beautiful, old opera costumes.  We went to the State Archives, which houses tons of historical documents (including, apparently, the first print of Luther’s theses, but after getting caught up, unintentionally, in a long German guided tour, we bailed before actually seeing it).  We went to the Schottenstift museum at the

800+ year old church across the street from my apartment (and may have been deemed a security threat, because it’s possible a security guard followed us through a portion of that museum — very strange).  We tried to go to the “Third Man” sewer tour, but it was too popular and already booked up by the time we got over to Karlsplatz, and we thought about going to the Demel tour and tasting, but that line was (understandably) very long.  There were at least a dozen other places I would have loved to have gone, given infinite time and energy — observatories, train museums, modern art museums, natural history museums, chocolate museums — they had everything!

I had a blast.  It was a great way to see some of the more traditional offerings of Vienna, as well as some rather esoteric ones (not sure I would have made a point of seeing the Opera Museum or the State Archives any other time).  It was a really fun evening, and we’ll definitely make a point to go next year.  (Evidently, in the spring, they do a similar “church night” where the churches in Vienna are open to tours — can’t wait for that, either.)  Glad to have been a part of such a fun, Viennese activity, and grateful that I can say I’ve been into a least a few museums since I’ve been here.