Pain is an effective teacher.  No matter how many times you are warned that something will hurt, nothing will drive that message home like experiencing it for yourself.

Benjamin got one of those lessons this evening.  He reached out a touched a light bulb at the restaurant where we were having dinner.  I didn’t see it in time to warn him about this particular one (he climbed up onto the bench seat in the restaurant and the very first thing he did was reach out and touch the light in the shelf behind his seat) but I’ve warned him many, many times about that kind of thing before.  (The light bulb was easily within his reach — it is a setup you would probably not see in the States particularly due to the litigation potential in exactly this kind of situation.) 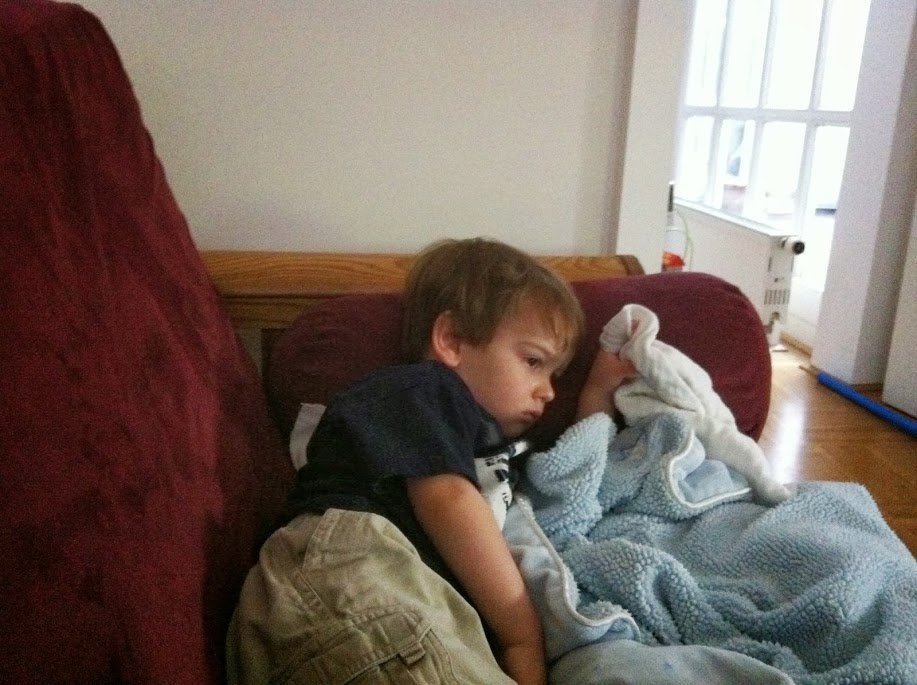 My poor guy.  It hurt.  He cried.  We rinsed it in cold water and put a cold compress on it.  I held him all through dinner and the entire way home.  He has a blister now, and, of course (good lesson or not) I’m worried about him and I don’t want him to be hurt.  We called the doctor and we’re going to see her tomorrow.  It’s hard to see him be hurt, but I imagine he’ll be unlikely to repeat this particular mistake again in the future — less likely, evidently, than my repeated warnings caused him to be.  If I could magically accept all the pain he will ever experience in his life and suffer it myself, I would gladly do so, but life just doesn’t work that way.  Benjamin will have to, eventually, be the one in charge of the decision of whether or not to touch light bulbs, along with so many other things (which will just keep me up all night worrying if I try to create a list).

I know that I can’t protect him from everything.  I will continue to do the best that I can, and hope that when something slips through the cracks, that maybe there’s at least a lesson in there somewhere.  (I really, really hope there is.)