For the first 6 weeks or so, when I would arrive at school to pick B up, he’d look at me (rather forlornly) and say, “I want to go home”.  For the past few weeks, I’ve suspected that this has been more of a habit than an expression of actual sadness — if I sneak up to the window in the classroom, I can get a peek of him playing happily with the other kids, and the teachers have been reporting that he’s been joining in the group activities and playing enthusiastically with the other kids.  Lately, on the way home, when I ask him how his day was, he invariably says “It was great!”  He’s been adding to his list of friends almost daily — he recently told me that he has the same number of friends as he does fingers.

Today, when I got to school and peeked in, he was playing with a little girl, building a Lego train.  When the other kids alerted him to my presence (they always do, which is why I have to be sneaky if I want to see what he’s up to) he turned around and said, “Mommy!  Come see!”  It was the first time he’d ever beckoned me into the classroom, rather than running to meet me at the door.  I went to check out his Lego train, and got to meet his new friend, Felicity, and then I told him it was time to go.  At which point he asked if he could add just one more car to the train . . . and then just one more . . . and then just one more . . . at which point, the effort of fighting to keep Liam in my arms (he wanted to play, too) caused me to pull the plug on his fun. 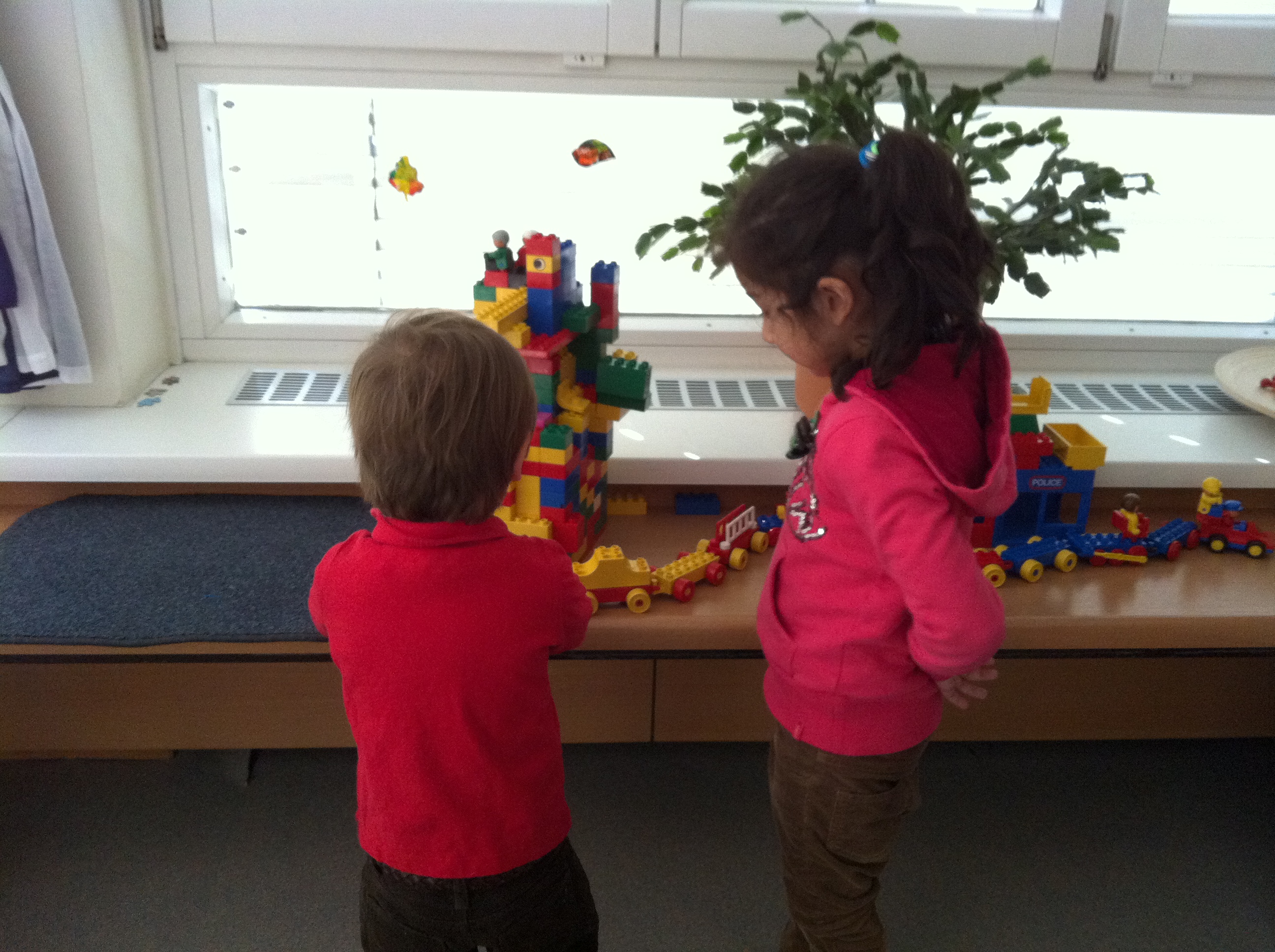 On the way home, he told me all about his great day and how he wants to go back tomorrow.  Later, over lunch, he told me he was a little sad.  I asked why, and he told me, “I didn’t have a much time at school.  I wanted to stay a bit longer.”

I’m so glad he feels this way.  This is what I’d been hoping would happen — that he wouldn’t just tolerate school, but would actually look forward to it.  That he wouldn’t count the minutes until I came to pick him up, but he would want to stay a little longer.  I want him to have fun, make friends, a learn a little.  I feel like we’re starting to get there.